GreenLight Connections offers a unique opportunity for top women entertainment professionals to come together and share their expertise, generating even greater success.   These women simultaneously turn around and mentor women looking for guidance, support and advancement in such areas as career transition, peer-to-peer teamwork, project completion, and script consultation.   Imagine women at the top of the ladder empowering each other and then giving a hand up to those who follow. 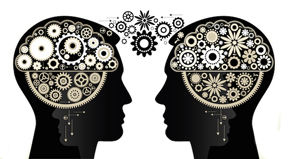 “Fetching the morning paper is more than what it seems…”

LOS ANGELES (March 17, 2019) – Linda Pace and Pergola Productions are pleased to present a new play written and performed by Abbott Alexander.  THE LONG GRAVEL ROAD is a dance recitative with an original sound score by Garrett Parks.  The production is set to open at Theatre West May 4, with performances Saturday evenings 8:00PM through June 1, 2019

A modern re-telling of the Parsifal myth, The Long Gravel Road revolves around a man’s primordial recognition of himself seduced in a cosmic overture and by the idea of Individuation, Carl Jung’s term for the life long journey in which a person becomes the complete entity God intended.

Abbott’s virtuoso performance and imaginative writing soars above our heads and stabs our hearts and memories. The proscenium is blasted away before our eyes for an hour of pioneering, singular, and thought-provoking theatre.

A solo piece consisting of an array of sub-conscious discoveries and utilizes a highly disciplined form of theatrical acting blending mime, ballet, Kabuki and a writing style which reflects just a few seconds in a man’s mind while retrieving the morning paper – the only action in the play. There is no set or props.  Garrett Parks will provide his original sound score throughout the performance.

Both artists are members of Theatre West and sons of Theatre West founding members, well-known character actor Philip Abbott (The FBI) and legendary musical star of stage and screen Betty Garrett (On The Town, All in the Family).

GARRETT PARKS (Original music and Musical direction) Musician, composer and owner of an independent music label, Parks has written music for theatre and film, but is mostly known for his work under the pseudonyms Crown Invisible, CC:Dome, Laurel, Giovanni Fibilini and Snowfall50. His music can be found at all the usual places and at cursorclub.com.

LINDA PACE ALEXANDER (Producer) studied Theatre at The Goodman School of Drama at the Art Institute in Chicago. She is a playwright, screen and TV writer. Her play “Bird of Passage”, an innovative blend of ballet, poetry, music and sculpture was commissioned by Bethune Theatredanse Company and premiered at The Coronet Theatre in Hollywood.  Linda’s original play “The Flag Factory” was work shopped (with Betty Garrett in the lead role) at Theatre West and went on to have a staged reading at the Actors Studio Playwright’s unit.

As VP, Special Projects at Universal Pictures Marketing, Linda worked the campaigns for all Universal Feature Films for over two decades – to list a few: Schindler’s List, A Beautiful Mind, Les Misérables, and the Fast and Furious, Jurassic Park, Bridget Jones, Jason Bourne franchises and most recently, Get Out.

NOTE TO MEDIA:  Press Are Invited To Attend Opening Night May 4 – 8:00PM