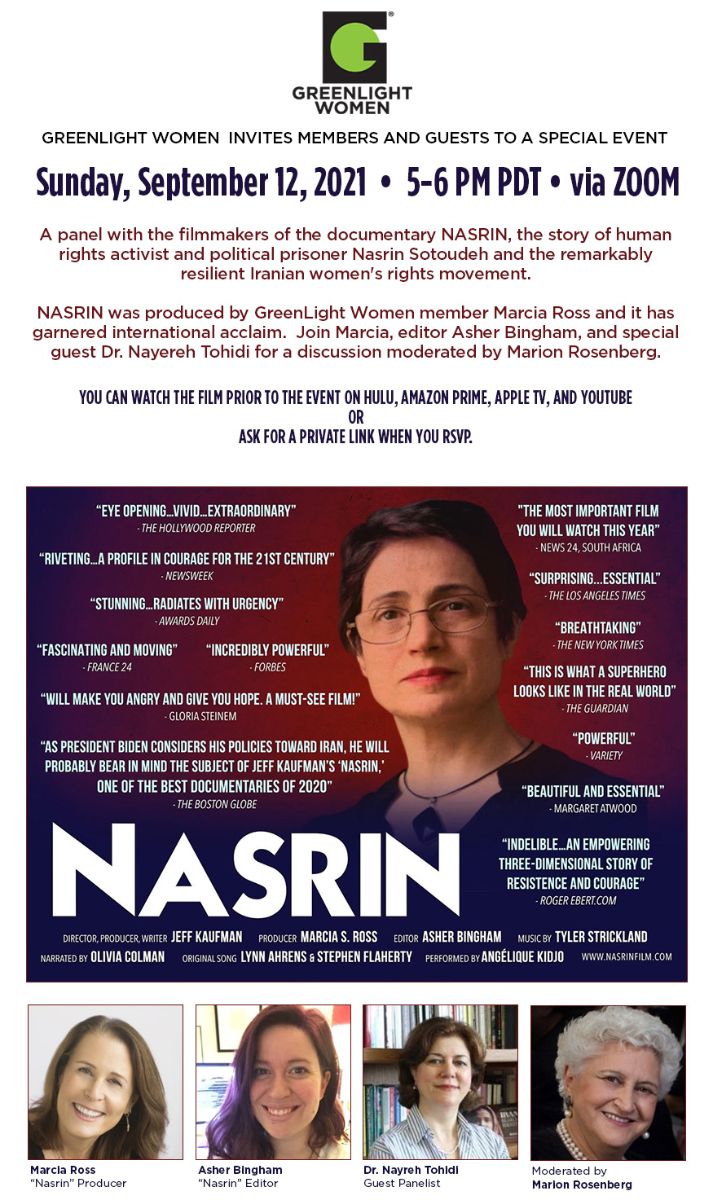 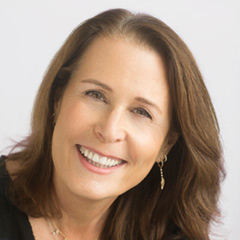 Marcia Ross, Nasrin Producer
Marcia Ross produced the documentaries Nasrin, Terrence McNally: Every Act Of Life (for which she received an Emmy nomination), 40 Million: The Struggle for Women’s Rights in Iran, The State of Marriage, Father Joseph, and The Savoy King. Additionally, she has an over 3-decade career as an independent casting director and casting executive, serving 16 years as EVP for Casting at Walt Disney Motion Pictures, and 5 years as SVP for Casting and Talent Development at Warner Brothers TV. Some of her film and television casting credits include Clueless, Cujo, thirtysomething, Murder in Mississippi, 10 Things I Hate About You, The Princess Diaries, Romy and Michele’s High School Reunion, The Lookout, Enchanted, Oblivion, and Parental Guidance. She has received career achievement awards from the Casting Society of America and the Hollywood Film Festival. 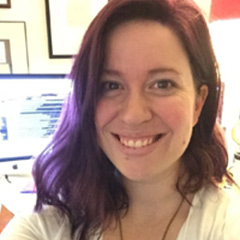 Asher Bingham, Nasrin Editor
Growing up on a small farm in Wisconsin, Asher often passed time being creative, reading everything, and handling the earth. The desire to observe humanity and seek out new cultures quickly turned into an obsession to travel and see the world. She fuses her many loves into her professional work as a film & television editor weaving stories about people from all walks of life, in hopes of opening the viewers minds and hearts alike. 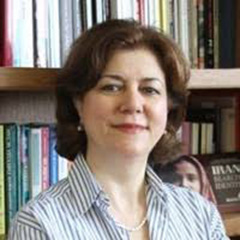 Dr. Nayreh Tohidi, Guest Panelist
Nayereh Tohidi is a Professor and former Chair of the Department of Gender & Women Studies at California State University, Northridge. Currently, she is the founding Director of the Middle Eastern and Islamic Studies at CSUN and also a Research Associate at the Center for Near Eastern Studies of UCLA where she has been coordinating the Bilingual Lecture Series on Iran since 2003. Professor Tohidi earned her MA and Ph.D. from the University of Illinois at Urbana-Champaign and a BS (with Honors) from the University of Tehran in Psychology and Sociology. She is the recipient of several grants, fellowships and research awards, including a year of Fulbright lectureship and research at the Academy of Sciences of the Soviet Republic of Azerbaijan; post-doctoral fellowships at Harvard University; Stanford University; the Woodrow Wilson International Center for Scholars; the Keddie-Balzan Fellowship at UCLA; and an NEH grant to develop the MEIS Program at CSUN. She has held visiting positions at Universities of Iowa, Minnesota, Harvard, UCLA, and USC.

Tohidi’s extensive publications include many articles and also editorship or authorship of three books: Globalization, Gender and Religion: The Politics of Women’s Rights in Catholic and Muslim Contexts; Women in Muslim Societies: Diversity within Unity; and Feminism, Democracy and Islamism in Iran. Tohidi’s publications have appeared in both academic and policy outlets. Some of her publications have been translated into several languages and used in universities of different countries. Dr. Tohidi has also served as a consultant to the United Nations on projects concerning gender and development, and women and civil society building in the Middle East and post-Soviet Eurasia. She has integrated her transnational activism on human/women’s rights with excellence in academic work and scholarship. She has been featured in various local, regional and international media channels. Her transnational activism includes representation of women NGOs at both the third and fourth World Conferences on Women in Nairobi (1985) and Beijing (1995) sponsored by the United Nations.