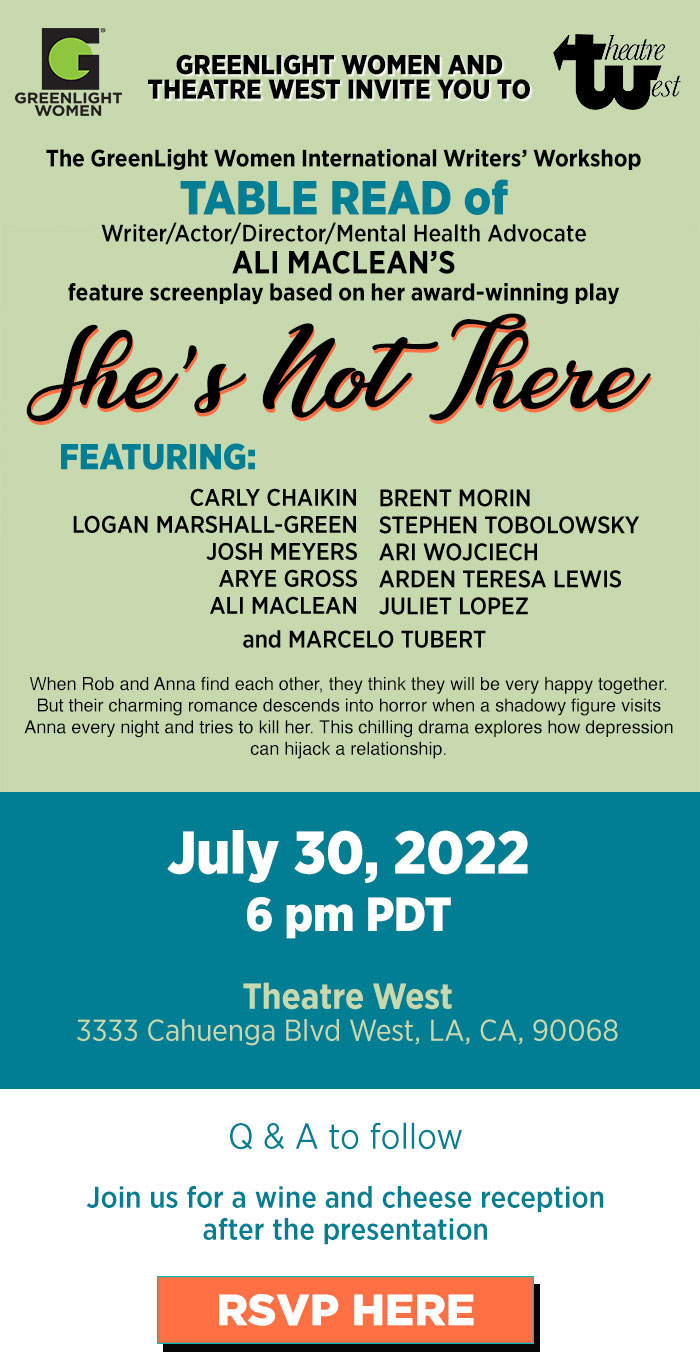 Ali MacLean, an award-winning writer, actor, director, and mental health advocate in Los Angeles, is a graduate of the Miami University actor’s program and the LaJolla Playhouse Conservatory. Her play She’s Not There received the John Gassner Playwriting Award and the She NYC Arts Best Play Award, as well as a Broadway World Best Director nod. Her play Wolves At The Door won the Julie Harris Playwright Award and was a finalist for the O’Neill National Playwright’s Conference, New American Voices, and Creed Repertory’s Festival. In 2020 she participated in the 24 Hour Plays Viral Monologues alongside Kenneth Lonergan and Matthew Broderick. Her play This Will Be Our Year was showcased at the Zephyr Theater and she is workshopping a new version with music by Craig Finn. She has also worked with ANDTheatre, the Playwrights Realm, The Tank NYC, White Bear Theatre (UK), The Road Theatre, and Summer Salt, among others. Ali is a member of the Ensemble Studio Theatre’s Playwrights Unit, Antaeus Theatre’s Playwrights Lab, The Honor Roll, The Cloud Factory, Citadel of Playwrights, Greenlight Women, and the Dramatists Guild. Her work is published by Nation Books, Applause Books, and Smith & Kraus.

Ali has written for networks such as MTV, VH-1, FOX and the POP Network. Her award-winning short films have screened at Atlanta, Toronto, Gen Art, and Palm Springs, to name a few. She was selected and received an honorable mention, for the Stowe Story Labs and is a Women in Film Mentor recipient, Writers For Writers Fellowship recipient, and was a participant in the Respectability Entertainment Lab. Her comedy pilot Lady Killer placed in the top ten at ISA’s Table Read My Screenplay, was selected for Coverfly’s Pitchweek, and Reading Series and was in their top 2%. She is the winner of the David Sedaris Humor Writing Prize, and also a member of the Imagine Impact creator network, the Sundance Collective and the Petco Rewards Program.